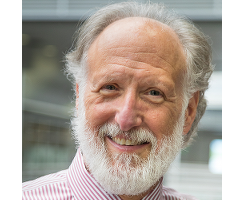 Jay Eisenberg is an Advisor at StarBridge Advisors, LLC. Dr. Eisenberg has 35 years of healthcare experience in clinical and academic medicine and as a medical informaticist. He completed residency and fellowship training in Pediatrics and Pediatric Pulmonology at Oregon Health & Sciences University (OHSU). He joined the faculty at OHSU in the Department of Pediatrics in 1987. In addition to clinical, teaching and research activities, he began participating in clinical automation and technology decisions where he saw opportunities to improve access to information, standardize care and improve workflows.

Dr. Eisenberg became the first Chief Medical Information Officer (CMIO) at Southwest Washington Medical Center (SWMC) in 2009 where he was one of the leaders of a successful implementation of the McKesson EHR. He organized and led a new Clinical Informatics Department at SWMC and developed a new clinical governance structure, adoption methodology and workflow automation for the organization.

Jay became the CMIO at PeaceHealth in 2013 after SWMC affiliated with PeaceHealth. He was part of the leadership team that developed and executed the business and clinical plan for the system-wide implementation of the Epic EHR in all clinics and the 10 hospitals. With a focus on patient safety, quality and financial stewardship, the project was completed on-time and within budget. New clinical governance, change management and adoption, workflow automation, system design, testing, training, go-live and optimization methodology was introduced during the EHR implementation.

In 2002, Jay joined Cerner Corporation as a Physician Executive, where he worked with small, medium and large healthcare systems during a period of early adoption of integrated EHRs. His areas of work included clinical governance, clinician and organizational change management and adoption, system design, workflow automation, clinical content standardization, training, go-live support, and optimization. Before leaving Cerner in 2009, he was the Director for the National Physician Consulting Practice.

Dr. Eisenberg completed his undergraduate education at the University of California, Berkeley in Biochemistry. He received his medical education from Baylor College of Medicine with an M.D. with Honor where he was awarded membership in the Alpha Omega Alpha (AOA) Honor Medical Society. Jay has a Master of Medical Informatics (MMI) from OHSU. He has been board-certified in Pediatrics and Pediatric Pulmonology, and in Clinical Informatics by the American Board of American Board of Preventive Medicine.